The Fratelli Cosulich Group goes back a long way, with the origins of the Cosulich family on Lussino, a small island off the Dalmatian coast in the Adriatic Sea. We started out in the shipping trade in 1857 and we've come a long way since then, expanding and diversifying to become a global leader in shipping services and logistics. 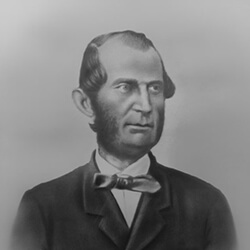 The family added steamers to their fleet and transferred their business headquarters to Trieste, then the main port for the Austrian Empire. 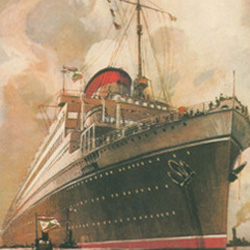 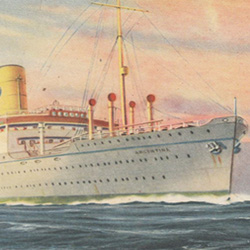 Callisto Cosulich established a joint venture called Austro-Americana, which began regular passenger and freight services from Trieste to North and South America. In that period, Callisto's brother, Alberto Cosulich also built a shipyard at Monfalcone near Trieste. Part of the fleet and the shipyard were destroyed during World War I. 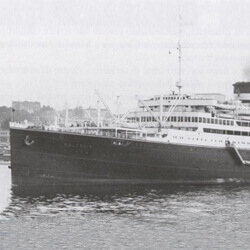 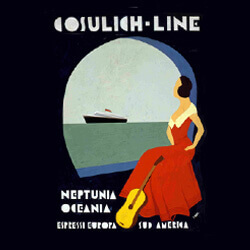 The passenger ships OCEANIA (19,500 GRT) and NEPTUNIA (19,475 GRT) were built for the South American route but were also occasionally used for cruises. At the time, they were the fastest transatlantic ships in the world.

In 1947, commercial air services resumed operations following the Paris Treaty. Some Italian companies were authorized to fly and among them SISA. The Cosulich family took over the reins of the company and tried to improve their fortunes by purchasing seven military Douglas C-47s from the US Air Force, which they entrusted to the Officine Aeronavali of Venice for the conversion to civil transport. In this context, the Cosulich family re-started the "Amedeo duca d'Aosta" airport in Gorizia and started negotiations with the Czechoslovak, Yugoslav, Greek and Turkish aviation bodies to establish reciprocal air links between the capitals. The new SISA continued its services until May 1949, when it was absorbed by Avio Italian Lines, then renamed ALI - Flotte Riunite. 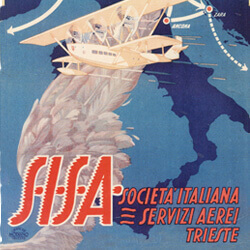 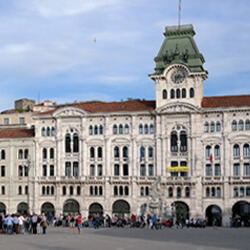 Fratelli Cosulich was incorporated, with its registered office in Trieste and branches in Genoa, Naples and Palermo. Fratelli Cosulich manned the fleets of major oil companies, as well as providing catering and travel agency services. 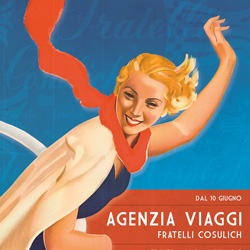 Fratelli Cosulich became the general agent of Arya National Shipping Lines, Tehran. ASAMAR Inc. was established in New York as part of a drive to enter the bunkering trade. 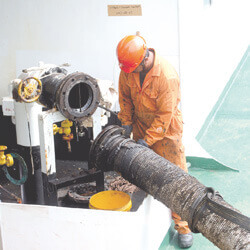 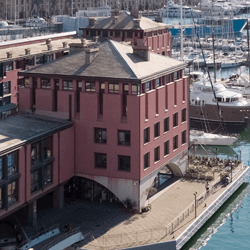 Established in 1993, GeneSys Informatica started out as a software development company and today the business is part of the ever-expanding Fratelli Cosulich Group: it designs, develops and supplies IT services and application software, as well as covering their maintenance and customer service. 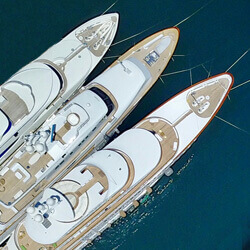 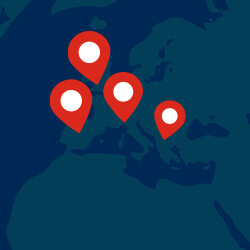 Cosulich Assicurazioni S.r.l. was founded to deliver insurance services. The Fratelli Cosulich group entered into an important partnership with the Turkish group Arkas through the joint-venture enterprise, Arkas Italia S.r.l. The group also acquired Chemoil Monde-Export SAM, headquartered in Monaco and opened an office in Dubai which predominantly handles bunkering and brokering.

Our present is the future we commited ourselves to achieve. The Group is continuously expanding in different areas related to our core-business. We are focused on consolidate our diversification through external and internal growth to become the best partner in the field.

We have become aware of the circulation of forged documents, reporting false offers or confirmations of employment with Fratelli Cosulich.
We invite everyone to read our Fraud Alert and report similar abuses through the contact form on our websites.